🚀
For the past months, our team has been on a quest to make Flowrite even more effortless and intuitive to use. We are proud to present you the latest results.

This week, we released a new, more intuitive UI for generating emails and messages in our extension.

For this version, we did a complete re-thinking on the generation UI and workflow, with an aim to make it faster to select and iterate on templates and instructions, enable access to previous generations, and overall, make the extension more organized and easier to navigate.

The new UI consists of the following components:

One of the key componenets of the new generation UI is our new settings bar, which makes it easier for users to find the settings they need.

When in the past different settings were scattered across the top bar and previous steps in the generation workflow, all inputs can now be found from a single location at the top.

Upon generation, the selected template and instructions are added to the settings bar, from which they can be easily adjusted for a possible regeneration.

We combined the template selection and instructions field into one view, making it incredibly easy to change either of them at any point of the initial generation process.

Upon template selection, the template is now highlighted and instructions added below it, as opposed to opening a designated view for instructions.

At any point of the workflow, the user can regenerate with the present settings by clicking the generation button at bottom. Adjusting the settings happens intuitively from the settings bar.

Another way we're making Flowrite more effortless for users is by providing instructions suggestions based on the template that was selected.

This feature was released in tandem with our new generation UI and is available for 17 templates, including Meeting scheduling, Sales email rejection and Positive feedback reply.

Along with the new UI and suggestions, we released another exciting feature that allows users to view all of their previous generations within a given session of using Flowrite.

We also added a 30-day generation history to our web app to make it easier for you to find that awesome flowritten message from the past.

At Flowrite, we're always looking for ways to help our users get more out of their time.

That's why we're excited to introduce a time-savings tracker, which compares the time you’ve spent writing with Flowrite to what it would’ve taken to write without it.

In addition, we released usage metrics which display how many times you’ve used Flowrite within a given time frame.

Both the time-saving tracker and usage metrics can be found from your extension bookmark and a new Usage-tab on the web app.

Next to the existing copy-button, we added a new button to our Gmail integration which allows users to move their generations from the extension to Gmail’s compose field with one click. 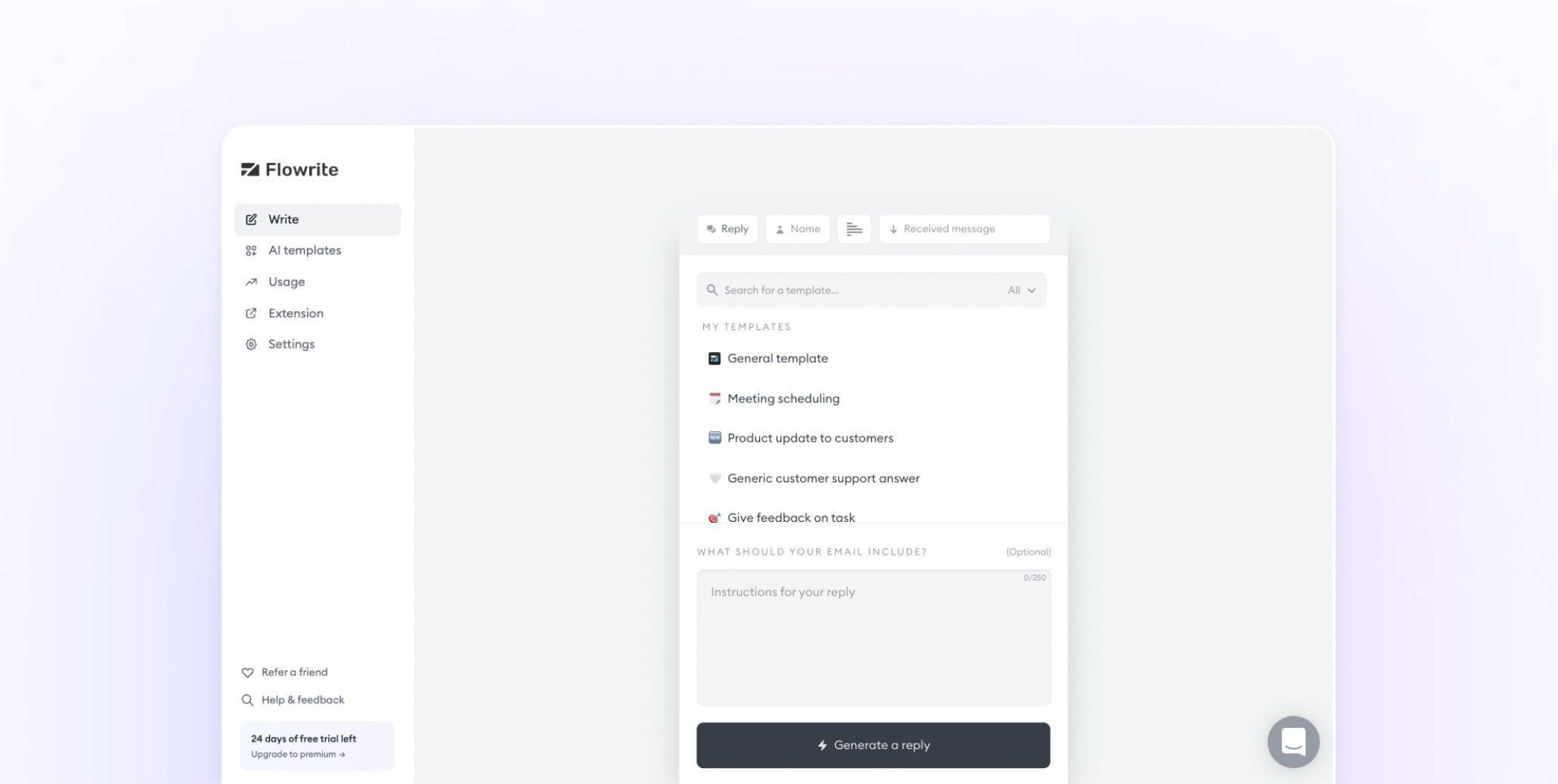